•Nine adsorption areas with different scales on the coal surface were constructed.

•CH4 molecules distribution in coal and their control mechanisms were revealed.

Abstract：The objective of this study is to quantitatively describe the CH4 adsorption capacity of coal through microscopic pore properties. In this work, themicropore volume distributions (MPVDs) of granular coal samples from six collieries were obtained by low-pressure CO2 adsorption (LPGA-CO2), and theexternal specific surface areas (SSAs) were calculated using low-pressure N-2 adsorption (LPGA-N-2). Based on micropore filling and monolayer coverage theories, the micropores were assumed to be cylindrical to obtain the distribution of CH4 in pore structures with different scales. For the coal samples used in this study, micropores were common, whose SSAs accounted for most of the total SSAs (90.39-99.58%), and the micropore volumes accounted for 75.61-96.55% of total pore volumes. The quantity of CH4 adsorbed in the form of micropore filling account for 74-99% of the total amount adsorbed, while the amount of CH4 adsorbed by micropores in the size range of 0.38-0.76 nm was 38-55% of the total amount adsorbed and accounted for thelargest proportion in the nine adsorption areas partitioned according to the number of CH4 molecules occupying micropores with different scales. Basedon a combination of the high-pressure CH4 adsorption (HPGA-CH4) results, the estimated Langmuir volumes are in close agreement with the measured Langmuir volumes, which demonstrates that the CH4 adsorption capacity of the coal is determined by both the accessible MPVD and external SSAs. Theresults of this study may be significant for understanding the pore networks and the CH4 adsorption mechanism in coal under in situ conditions. 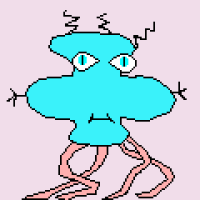