When the first edition of this book appeared in 1969, rock mechanics had
only recently begun to emerge as a distinct and identifiable scientific subject. It coalesced from several strands, including classical continuum mechanics, engineering andstructural geology, andmining engineering. The two senior authors of Fundamentals of Rock Mechanics were perhaps uniquely qualified to play seminal roles in bringing about this emergence. John Jaeger hadby that time already enjoyeda long anddistinguishedcareer as arguably the preeminent appliedmathematician of the English-speaking world, andwas the coauthor, with H. S. Carslaw, of one of the true classics of the scientific literature, Conduction of Heat in Solids. Neville Cook was at that time barely 30 years old, but was already the director of research at the South African Chamber of Mines, and well on his way to becoming acknowledged as the leading and most brilliant figure in this new fieldof rock mechanics. 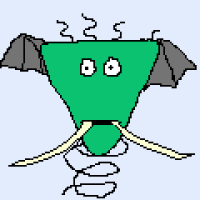